ST. LOUIS PARK, Minn -- Mitchell Dokman scored just 68 seconds into the game, added another goal and an assist in the opening period, and the Benilde-St. Margaret's junior varsity cruised to a 9-2 win over Armstrong/Cooper.

Quin Schliesman also had a five-point performance, helping to set up Dokman's two goal, combining with him to set up A.J. Pauly's first-period power-play tally, and then scored twice in the third.

Dokman returned the favor by setting up both of Schliesman's goals.

While the Red Knights were scoring four times in a fast-paced opening period, goalie Sam Schumacher was on top of his game.

After coming off the bench to stop nine of 10 shots in Wednesday's loss to St. Thomas, he turned aside all nine shots he face in the first period versus the Wings, as BSM had an 18-9 advantage in shots on goal.

The pace slowed slightly in the second period but the Red Knights added to their lead, scoring two of their three goals while short handed.

Aiden Wahlstrom scored the first short-handed goal at 4:16 of the middle stanza and added an even-strength goal 2:30 later for a 6-0 lead.

Ryan Gearen, who set up Wahlstrom short-handed goal, scoring one of his own with 5:50 to play in the frame and, after an Armstrong/Cooper power-play goal with 29 seconds to play, BSM took a 7-1 lead into the final period. 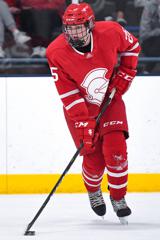 Quinn Schliesman capped off a five-point performance with a pair of third-period goals. 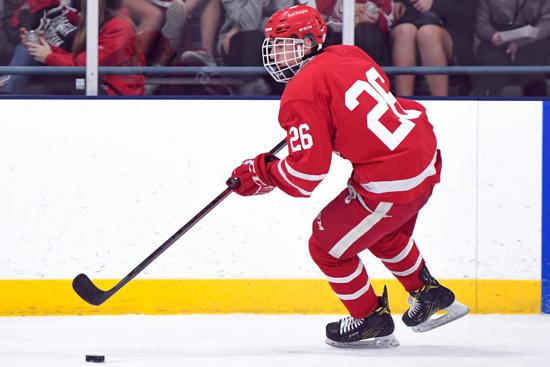 It was then that Schliesman scored his two goals to cap his five-point performance.

Schumacher backed up his team's nine-goal performance by stopping 18 of the 20 shots he faced.

Six players turned in multiple-point performances for the Red Knights with Dokman and Schliesman leading the way with five points each. Wahlstrom scored his two goals while Gearen and Pauly both had a goal and an assists and Mason Baldwin added a pair of assists.

After five consecutive home games, BSM will be on the road, Thursday, when they take on Wayzata at the Plymouth Ice Center in a 5 p.m. affair.