ST. LOUIS PARK, Minn. -- Sam Schumacher and Jack Olson combined for 53 saves to give Benilde-St. Margaret's a chance to win but, in the end, the Red Knights settled for a 3-3 overtime tie in a junior varsity make game with Minnetonka.

Originally slated as part of the Tradition at the Park, Dec. 28, Minnetonka's team bus was involved in an accident and the game was cancelled, but the two teams set up a make up game, in which the skippers held a 56-16 advantage in shots on goal.

However, it was the Red Knights who struck first when Kieran Wickner scored the game's first goal, seven minutes, 50 seconds into the contest.

With Sam Schumacher making 19 saves, BSM held onto that lead until the 8:31 mark of the second period, when Minnetonka finally got on the scoreboard and, less than four minutes later, took a 2-1 lead, which it carried into the third period.

It was then that the Red Knights' leading goal scorers added to their season totals.

However, with their goalie pulled for an extra attacker, the Skippers scored with 10 seconds remaining and the team's skated through a scoreless overtime, with Minnetonka holding a 7-0 advantage in shots. 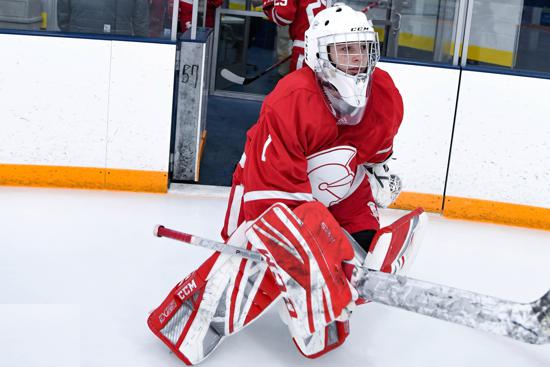 Sam Schumacher stopped all 19 shots he faced in nearly 23 minutes of work.

Schumacher was relieved by Jack Olson with 7:11 to play in the second period. Olson stopped 34 of 37 shots while playing 27:11.

The game was the first of four this week for the Red Knights, who are in action again tomorrow when they host Eden Prairie, beginning at 5 p.m.