MINNEAPOLIS, Minn. -- Top-seeded Blake and second-seeded Benilde-St. Margaret's gave everyone what they were expecting in the Section 6AA title game.

The fourth-ranked Bears finally overcame the seventh-ranked Red Knights when Gavin Best scored on a penalty shot at five minutes, 59 seconds of overtime to become the first team into the 2020 Class AA state tournament with a 4-3 victory.

The deciding goal came when Gavin Best circled behind the BSM defense before taking a pass through the neutral zone and breaking in on Red Knight goalie Carson Limesand. He was dragged to the ice and awarded a penalty, on which he got the BSM netminder to commit before going five-hole for the game winner.

The scoring started at 10:40 of the first period when William Matzke gave Blake a 1-0 lead, which last into the second period. 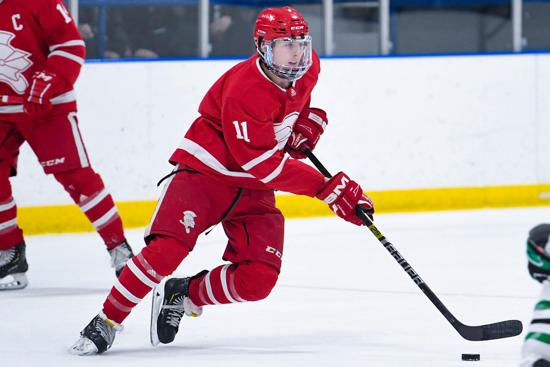 Charlie Bischel's goal gave BSM its first lead of the game at 2-1. 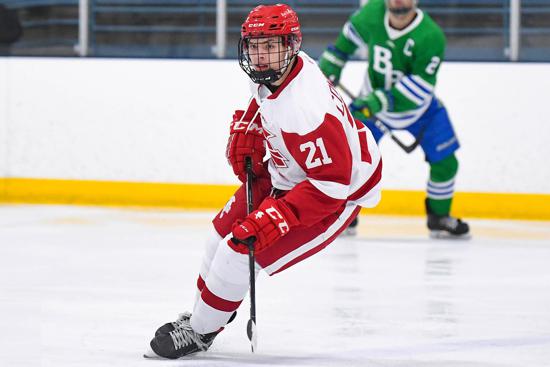 Asher Connolly scored his fourth goal in six games to give BSM a 3-2 lead after two periods.

The Red Knights would then score three of the next four goals, beginning at 6:30 of the middle stanza when Brady Yakesh's cross-ice pass to Blake Mesenburg in the right circle, who converted BSM's first power-play opportunity.

It took just 63 seconds for the Red Knights to take a 2-1 lead when Charlie Bischel picked up a Nate Schweitzer rebound and scored from the left side on his backhand.

Blake scoring-leader Joe Miller tied the game at 2-2 with a power-play goal but BSM took at 3-2 lead into the third period when, with 1:22 to play in the middle frame, Asher Connolly picked up the puck in the neutral zone, carried it to the left-wing boards before cutting to the middle and across the slot before sliding a backhand shot underneath Bear goalie Aksel Reid.

Will Svenddal tied the scored just 3:39 into the third period and the game turned into a defensive battle until Best's game-winning goal.