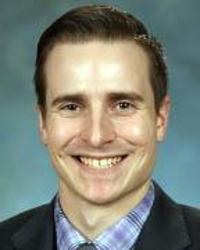 New BSM goalie coach Grant Holler took the time to answer some questions about his background and coaching for BSMHockey.com.

Get to know the Michigan native.

What do you do for work:

Since graduating from college at the University of St. Thomas with a double major in Business Law and Spanish Linguistics in 2017, I have been working for Ameriprise Financial. I worked in a number of different roles in compliance through the company's Leadership Development Program, but, for the last two years, I have been with the Field Office Inspections team.

My role consists of traveling around the country to our Financial Advisors’ offices and meeting with them and their staff to review their office operations and provide education on regulatory hot topics and company compliance policy.

Despite not traveling during the pandemic, I enjoy the role a lot because I get to see a lot of different cities and towns across the country that I wouldn't normally visit. I also enjoy the fact that I get to meet so many different people across the Financial Advisor offices I get to visit.

In addition to my day job with Ameriprise, I do a lot of coaching with Josh Levine at Fortis as their Lead Goalie Instructor. As much as I enjoy compliance work, I love the days where I get to get on the ice with goalies and help them work towards getting better and reaching their goals. I couldn't be more excited to expand that coaching work this year to come on board and join the Red Knight family.

Go into some depth regarding your hockey background as both a player and a coach:

I grew up in Mattawan, Mich., a small town near Kalamazoo where I played some of my youth hockey in addition to Grand Rapids, Mich.

I think one of my most exciting youth hockey memories was playing on a team in Peewees that made it to the State Championship game at Joe Louis Arena where the Red Wings played. I left Michigan after my freshman year of high school to attend Culver Military Academy in Culver, Indiana, and play hockey there.

Leaving home was hard at that age, but I learned a lot about myself and attending Culver was one of the best things that I got to do growing up. Their leadership curriculum and the military system taught me a lot about leadership and living with a bunch of people from all over the country and the world. It gave me a lot of perspective and developed a lot of people skills. Playing hockey at the school, where a lot of really great hockey players came before me was humbling and an honor, and I tried to work hard and live up to the Culver Hockey tradition. I'll never forget those memories and the lifetime friends I made.

While I was at Culver I got my first coaching experience too. I used to develop exercise programs for different friends who were athletes at the school and, when I was home in Michigan for the summer, I would help out coaching with Bandits Goalie School for some of their camps they held around the state.

After graduating from Culver in 2011, I was drafted by the Granite City Lumberjacks in the NA3HL located in St. Cloud, Minn. I have to give a big shout out to my dad, because we spent that summer driving hundreds of miles across the country to go to junior hockey camps for various NAHL and USHL teams, but, when all was said and done I ended up in Granite City.

My first year there was a great year for the team. Personally, I learned some hard lessons but I developed as a player and got to experience a great ride with my teammates to a Silver Cup Championship.

That year also turned into a great stepping stone toward coaching. I took an internship where our team trained at what was known as Crossfit Fast Factory at the time. My mentor there was John Swanson, a former St. Cloud State University Husky who owned the business. I learned a ton from John during that summer internship and that's when I knew I wanted to be involved in coaching athletes regardless of how things turned out for me in the hockey world as a player.

I played one more year of junior hockey in Breezy Point, Minn., for the Northstars after being traded from Granite City. As a player, I felt great about my development and my game, but the team was a new organization in the league that year and as a team we struggled immensely.

I cut that season short and decided it was time to pursue my education in Business at St. Thomas, as hard as it was. I wasn't able to coach in college or during my first couple years with Ameriprise, but ever since stepping away from my playing days, coaching was on my mind. That led me to an assistant coaching role with the Bloomington Jefferson youth association last season.

That opportunity also led me to meeting Josh Levine at Fortis and that changed everything for me, and accelerated my coaching journey working for them as their Lead Goalie Instructor and working to grow the goalie coaching arm of his business.

What led you to coaching:

I don't think that there was any one specific thing or moment that led me to coaching, but more the combination of being interested in it for years during my playing days and knowing what people did for me when I was a player made me feel like it was time to give back to the game in any way I could.

I think that I have always felt, deep down, that I would make a better coach than a player and now that I'm in the role of a coach I'm seeing the confirmation of that. There really isn't a better feeling than helping someone master a skill or get over a hurdle they've been struggling with. I love getting to see one of my goalies realize that what we've spent hours working on is coming to fruition and helping their game.

Every athlete, every goalie, is unique and different and demands a unique approach to coaching them. That challenge is exciting too and another reason I love coaching.

As a coach you're always working to find the right combination to get the best out of your players and help them achieve peak performance which is one of my favorite parts.

I think coaching is ultimately really rewarding work, watching athletes work towards their goals and dreams, and being there to help them achieve those things is a great honor.

What attracted you to the BSM staff:

It's funny to me when I look back to my first ever experience when I arrived in Minnesota for juniors getting to watch the state tournament here for the first time. I learned just how important high school hockey is to the sports culture in this state and it was incredible to see. The year was 2012 and the team I got accustomed to as the best, was the team that won the AA tournament that year, Benilde-St. Margarets.

Getting to know the program through my work with Fortis took that to another level. I met coach Chris Gernentz doing some tryout evaluations for Fortis and we connected really well. I think we both have a similar philosophy and approach to coaching our goaltenders and from there I told him I wanted to come catch some Red Knight games.

Getting to watch the team play in person was another awesome experience. The talent was elite, you could tell the expectation is to win, and I absolutely love that. I met Coach Pauly over the past summer helping Chris with some of the summer goalie training sessions and I knew this was the program to be a part of and that this staff had some great coaches on it that I could learn a lot from.

Talk about your role on the BSM staff and what you bring to that role:

My role on the BSM staff is the role of goalie coach. I think the most valuable thing that I bring to that role is a strong work ethic and a hunger to learn and be successful.

I didn't play at the highest levels and I haven't coached at those either, but I am dedicated to learn as much as I can to help me coach my goalies. I expect a lot of myself because I want to be the best I can be for our athletes.

In turn, though, I expect a lot of the goalies I coach as well. I want our group of goalies to be the best they can possibly be on and off the ice and that is my mission. I think I also provide a lot of value because of the adversity I faced as a player.

Playing goalie is hard. Many nights you're either the hero or the goat. There's also only two or three on each team at each level, so, from a numbers standpoint, we've done ourselves no favors in the player advancement realm.

I know that. I've lived that. I've had success, and I've failed. But, I've always tried to learn something with each experience and now I'm in a position where I can help some amazing athletes also navigate that path using a trove of learned lessons.

Coach Pauly's thoughts on the addition of Coach Holler to the staff:

"Grant did a great job in helping us to manage the Summer Training Program during the restrictions due to Covid this summer. His enthusiasm, knowledge and experience as a goalie will benefit the goalies in our program."