Klein to be inducted into MHCA Hall of Fame

Red Knight coach to be recognized for long-standing excellence. 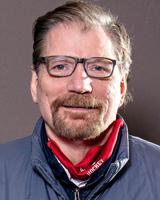 Benilde-St. Margaret's co-junior varsity coach will be inducted into the Minnesota Hockey Coaches Association Hall of Fame, it was announced during the MHCA's fall meetings.

Entering his 17th season as a member of the Red Knight staff, Klein initially served as the program's goalie coach before he joined Ken Pauly's varsity staff on the bench.

He also served as an assistant JV coach before taking on his current role, sharing head coaching duties behind the BSM JV bench.

"In his 16 years, TK has brought a versatility to the staff that is invaluable," Pauly said. "He has been a varsity assistant, goalie coach, and now serves as a co-head coach for our junior varsity program. He's an extraordinary teacher who has helped both our players and staff continue to grow."

With nearly 45 years of coaching experience at the youth, high school and collegiate levels, the 1974 Wayzata graduate as worked with numerous players who have moved onto the collegiate ranks. In all, 11 of his goalies have moved onto play Division I hockey and four have been NHL draft picks.

Coach Pauly appreciates all that TK brings to the BSM Hockey program. 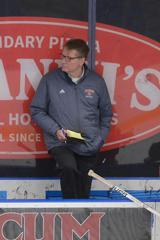 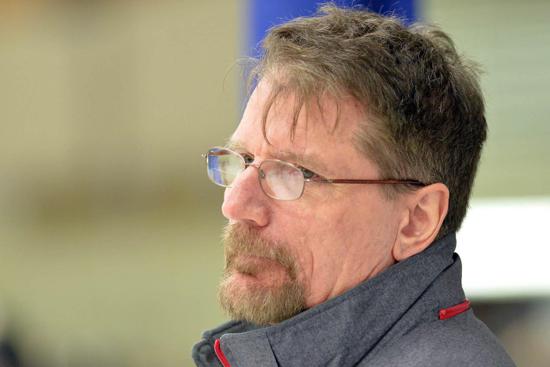 "He was an assistant coach for some of Minnetonka's best teams in the 1990s and he led the Skippers to the state tournament in 1994, and has been a key member of BSM's varsity staff during our state run in 2008 and the program’s 2012 state championship."

"Given Tom’s extensive experience and contributions to high school hockey, he brings obvious and proven first-hand knowledge of what it takes for a player to develop his or her skills and advance to the next level," co-JV head coach Chris McGowan said. "With his broad technical expertise, he brings a coaching and teaching philosophy that is built around a foundation of faith and character, all while striving for excellence.

"No matter what the circumstances are, Tom always remains grounded and true to himself, he does not get caught up in the ego, pressure, or popularity of the role. The relationship bond that Tom builds with our players is strong, powerful, and profound, and is one that goes well beyond one’s hockey career."

After graduating from Wayzata High School in 1974, Klein spent three years coaching in the Wayzata Youth Hockey Association before moving to River Falls, Wis., where he served as the head high school coach for four years, leading the team to its first-ever winning season in 1983-84.

He returned to Minnesota and spent the next five seasons as an assistant coach, including one season at Hamline University.

Klein was the head coach at Hopkins for three seasons (1999-2002) before joining Ken Pauly's staff at BSM in 2002. He left following the 2003-04 season to serve as an assistant coach with the Robbinsdale Cooper girls' program.

A social studies teacher at BSM, Klein has also served to help BSM's campus minister in leading the team chapel.

Of his work, Pauly stated, "In many ways, TK embodies the spiritual center of Red Knight Hockey."