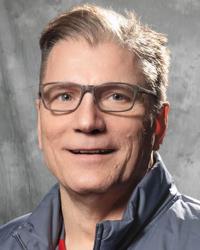 Tom Klein enters his 16th season on the Red Knight coaching staff, serving as the co-head junior varsity coach. He has also served as the team’s goaltending coach and as a junior varsity assistant.

Klein rejoined the BSM varsity staff in 2007-08, following his departure after the 2003-04 season to serve as an assistant coach with the Robbinsdale Cooper girls' program.

Klein has nearly 40 years of coaching experience at the youth, high school and collegiate levels and, as a goalie coach. In all, 10 of his goalies have moved onto play Division I hockey and three have been NHL draft picks.

After graduating from Wayzata High School in 1974, he spent three years coaching in the Wayzata Youth Hockey Association before moving to River Falls, Wis., where he served as the head high school coach for four years, leading the team to its first-ever winning season in 1983-84.

He returned to Minnesota and spent the next five seasons as an assistant coach, including one season at Hamline University. In 1989, he took over as the head coach at his alma mater, Wayzata, for one season before embarking on an eight-year stint as Minnetonka's head coach, where he led his charges to the 1994 state tournament. His teams won two Classic Lake Conference titles and he was honored as a section coach of the year and twice as the Classic Lake Conference coach of the year.

While coaching at River Falls High School, Klein completed his undergraduate degree from the University of Wisconsin-River Falls in 1985, earning a Bachelor of Science degree in social studies. He also earned a master's degree in history from the school in 1992.

He is a social studies teacher at Benilde-St. Margaret's. He and his wife reside in Victoria.