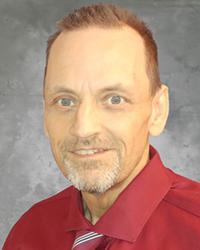 In his 15th season with the Red Knight program is Craig Roberts, who serves as the team's Director of Communications/Statistics and Analytics.

In his role, Roberts handles media requests, compiles statistics and analytical data, works with event management and provides administrative support from his home in Marshall, Wis.

Roberts has been involved in the planning and management of three NCAA Frozen Fours, an NCAA Final Four, the 1998 World Figure Skating Championships and the 2001 IIHF Women's World Hockey Championship.

In addition, Roberts worked with BSM's football, volleyball and baseball teams previously as well as the volleyball programs at both Coon Rapids and Lakeville North.

After spending 22 years residing in the Twin Cities area, he accepted a position with Production Enterprises, Inc., in July, 2019, in Marshall, Wis.

A native of Ashland, Wis., where he was a 1985 graduate of Ashland High School, Roberts attended UW-Stevens Point before completing his bachelor's degree in mass communication at Minnesota State in 1997.

All requests to the Red Knight hockey program can be made by contacting Roberts via email at rober080@hotmail.com.