BLOOMINGTON, Ind. -- Benilde-St. Margaret's was looking to exact a little revenge when it faced Cretin-Derham Hall in a Section 6AA semifinal game.

Earlier this season, the Raiders dominated the Red Knights in a 4-1 win and, in 2016, it was Cretin-Derham Hall defeating unbeaten and top-ranked Benilde-St. Margaret's in the section semifinals, 4-3 in overtime.

Asher Connolly snapped a 1-1 tie with an early-third period goal and Carson Limesand turned aside 21 shots as BSM advanced, for the second consecutive year, to the Section 6AA championship game by down Cretin-Derham Hall, 2-1.

The game was scoreless through the first 14-plus minutes of the opening period but, with 2:18 to play, Brady Yakesh passed the puck from the right point to the left point, where Nate Schweitzer fired on goal. 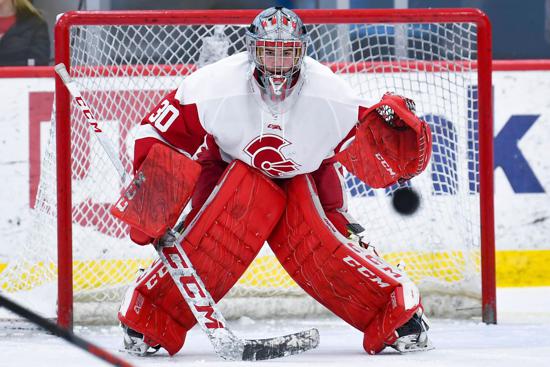 Carson Limesand's 21-save effort enabled the Red Knights to advance in the Section 6AA playoffs. 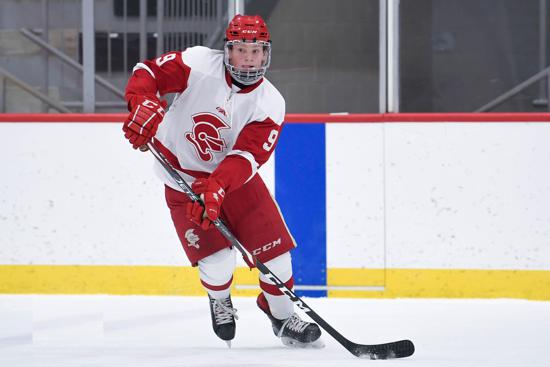 Adam Marshall managed to redirect the puck past Raider goalie Marko Belak, tying for the team lead with his 18th of the season, and the Red Knights took a one-goal lead into the first intermission.

It would take until the 15th minute of the second period for the Raiders to tie score when Jack Nei scored on a scramble in front of the net and the team's entered the third period, tied 1-1.

BSM controlled much of the third period and got the game-deciding goal just 2:08 into the final frame.

Asher Connolly got the puck at the top of the right circle but elected to pass the puck across the slot to Marshall. No scoring opportunity resulted but Marshall threw the puck behind the net and along the boards, when Connolly won a battle for the puck along the wall.

He took the puck back towards the middle and, from the right point, released shot that found its way past a screened Belak and, from there, Limesand made the lead stand up.

The victory sends the Red Knights onto Wednesday's section championship game, where for the second year in a row, they will face the section's top seed, facing a Blake team, ranked fourth in the state, after handing the Bears a 2-1 defeat earlier this season.

The game is scheduled for a 6 p.m. start at 3M Arena at Mariucci, with the winner moving onto the Class AA state championship, March 5-7, at Xcel Energy Center.