Schweitzer finished his career ranked eighth in school history, and second among defensemen, with 13 power-play goals. He also finished fourth among BSM blueliners with 99 career points.

A two-year team captain for the Red Knights, Schweitzer scored six goals and 32 points in 24 games during his senior campaign, leading the team with 26 assists and 32 blocked shots. 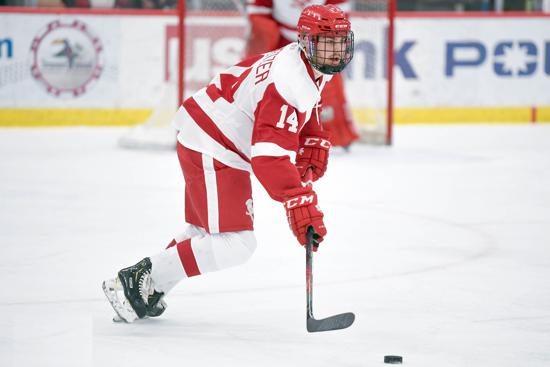 Nate Schweitzer was a four-year varsity player who finished his career with 99 career points in 102 games.

Five of his six goals this season were the first goal of the game, a number which also led the Red Knights.

Schweitzer signed a National Letter of Intent with Colorado College, where he will play next season, joining Mayer, who is a freshman for the Tigers.

Nate Schweitzer was rated 81st among North American skaters by NHL Central Scouting in their service’s midseason rankings. He was ranked fourth among high school hockey players and third among Minnesota high school players, becoming the first Red Knight ranked in the Central Scouting rankings since Grant Besse in 2012.

"BSM has had a history of great defensemen," head coach Ken Pauly said. "In four years, Nate has placed himself on the short list of one of the best to have worn that red and white jersey.

"He's a special person who we could not be more proud of - he will be dearly missed - but we are excited for his future."

Schweitzer will conclude the 2019-20 season playing with the Sioux Falls of the United States Hockey League. He played four games for the Stampede in the fall before beginning his senior campaign at BSM. 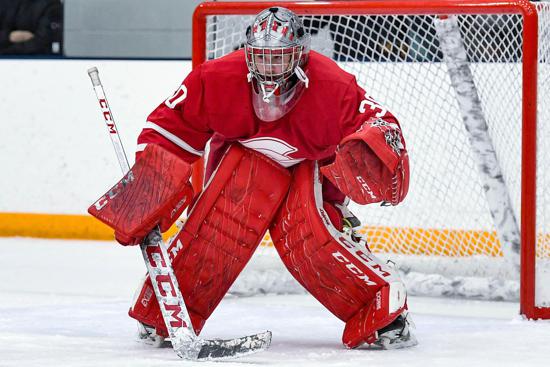 Limesand, the team's number one goalie the past three seasons, had a career year as he posted a 15-7-2 record with a 2.11 goals against average, a .915 save percentage and five shutouts. He started a career-high 24 games after missing the first three games of the season due to injury.

Having started 68 of 82 games over the past three seasons, Limesand had established school records for minutes played (3451:22) and saves (1507).

His five shutouts this season matched a career high and give him 13 for his career, second on BSM's all-time list, two behind Jake Schuman's record of 15.

"Carson continues his assault on the BSM goalie record books," Pauly said of his junior netminder. "He's a helluva a competitor and he has helped to lead this team into two straight section final games. He's very consistent and rarely has an off night."